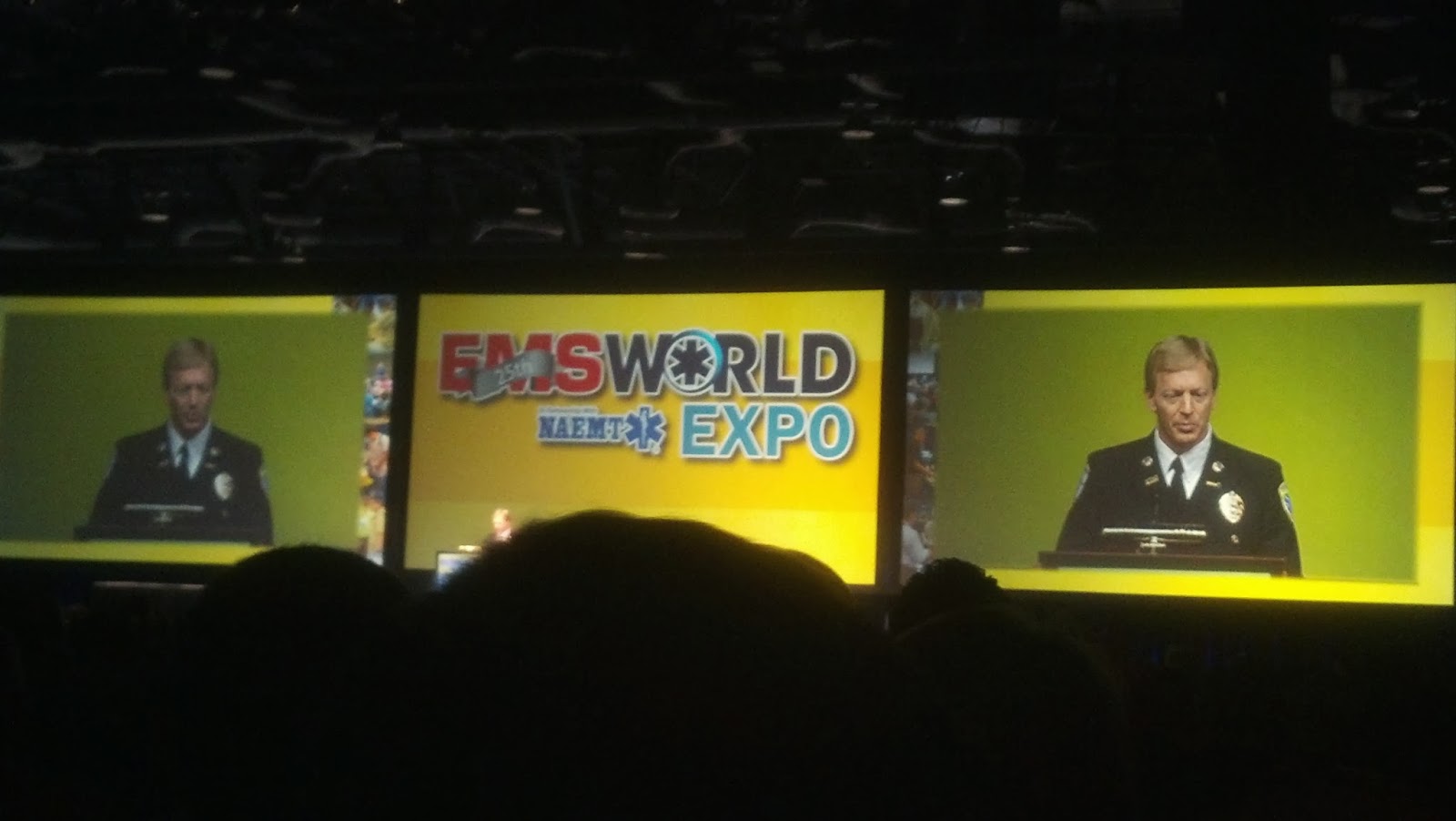 (Note:  For those of you who hate Las Vegas, you must realize that you just have to go with it.  Yep, it's a crazy place that should not exist, sucking water and power in wretched excess.  It is what it is.)

Now, I would love to be able to go to a conference a year, but for now the cheapness of flying to and staying in Las Vegas trumps the rest.  Monorail access from the hotel to the convention center was excellent, no need for a rental car.  So there you go.

This time around we had the Pit Boss (EMS Director), Mr. Medic, Mrs. Medic, Floyd, new EMT Tracey, and the good ol' Ambulance Ranger.  Quite the crew.

For once I pounced on the opportunity to do a couple pre-conference workshops and signed up for Moulage and the Cadaver Lab.  Moulage was quite good, could have used a little more hands-on and general excitement from the attendees.  Maybe a list of what equipment to start with and where to get it.  Some good ideas about MCI staging, but really just a crap shoot as to what was taught.  The guy teaching it does a lot of contract work, but to me workshop=hands-on.  Needs more focus and a few assistants in the future, I think.

But cadaver lab was awesome.
A half-dozen or so souls turned their bodies over to science so we could learn.
Got to work with a few different types of video laryngoscopes, performed surgical cric's instructed by (ahem) Dr. Bryan Bledsoe himself, used the ultrasound, the ITClamp, used the SALT to intubate, IO drilling on several sites, you name it.  A popular session for a reason.  Think I convinced Mr. Medic and the Pit Boss to join in next time around.

Spent most of the next 2 days running around the exhibit hall.  Had to make contact with some vendors, close the gap on a few items we are looking at for the service, and in general ogle at all the cool gizmos.  Seemed like all the sessions I wanted to attend were packed, and our uber-cheap flight left Thursday morning so we missed out on the last day.  Better planning next time, maybe?

Oh well, hit a couple great sessions.  Happy Medic did a couple really good ones (http://thehappymedic.com/) on CQI...and let me know that I need to stop laughing at our ePCR "conferences" and go.
Myths were busted, evidence-based was the buzzword, and still we trudge on.

Hope to see you next time, but in the meantime, anybody got a good conference story?

Posted by AmbulanceRanger at 5:04 PM